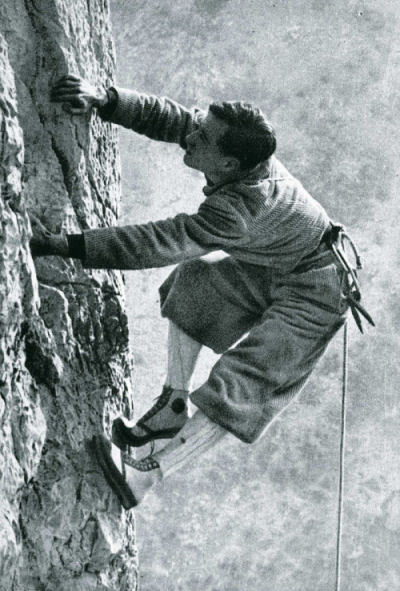 Born in 1901 in Trieste, on the Adriatic coast, Emilio was tall and athletic and initially devoted his skills to ballet. Then, aged 24, he discovered the mountains and his interest quickly became a real passion. He opened the first Italian sixth grade route in 1929 and made the first ascent of the austere and dangerous 1,200 m north face of the Civetta in May 1931.

In 1933, accompanied by the Dimai brothers, other key climbers at the time, he joined the circle of the famous with an impressive first ascent of the north face of the Cima Grande di Lavaredo, in the heart of the renowned Tre Cime. This route still inspired respect today, and reflected Comici’s ethical and aesthetic concerns.

The same route would then be repeated by him, solo, in three and a half hours in 1937.

What made him so special and unconventional, so much so that not even his contemporaries had grasped the importance of his innovations?

He was keen on using pure and fair means, so climbing to him meant following an aesthetic line, which would have to be as ideal and direct as a “drop of water falling from the summit”.

Comici was also the first to launch the idea of solo enchainments, which means linking two or more peaks in the same route, over one single day or several ones.

We may take such exploits for granted right now, but consider the time when these feats took place.  No harness, no rock shoes, no technical clothing, but heavy boots and a mere rope tied around the waist, where in most cases a fall meant certain death. Emilio also used very little belaying and a minimum of aids while developing all the movement of modern rock climbing, to the point of practicing deliberate falls, thus going against the credo at the time, which was to avoid falls at all costs.

What are we to make of this emblematic figure? Why is he of any relevance to us?  Emilio Comici lived his “mountain life” in and around the Dolomites, a notorious difficult terrain to start you climbing career in, because of the chossy rock and prevailing small crimps. You will certainly have seen the places he ventured in – the Tre Cime, Civetta, perhaps even the Campanile Basso. Think about him next time you are there.

Emilio also died very young, at 39, because of a silly accident while climbing. His untimely death gave an aura of mystery and respect to him. To this day, his lessons are memorable, his elegance outlived him, and this shooting star will not be forgotten in the years to come. 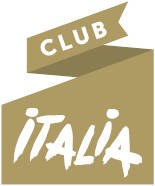