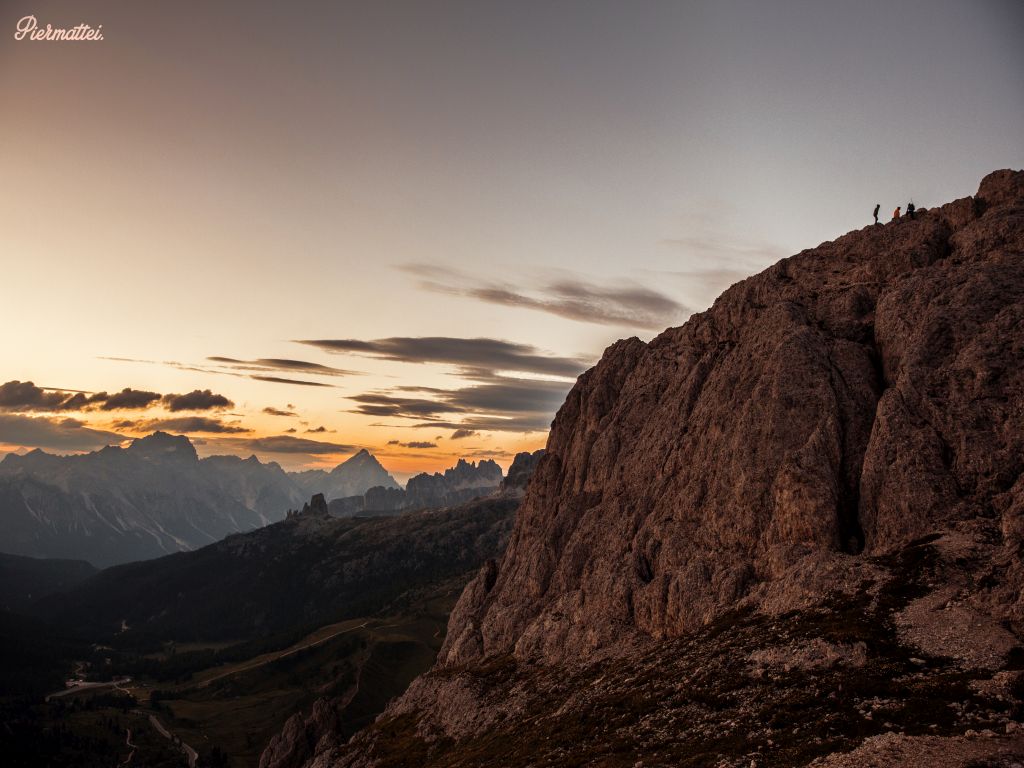 Into thin air: Hiking at altitude

Don’t we love hiking in the mountains? Crisp air, lovely settings, astonishing vistas and precious sensations. The proud feeling that we managed to reach that coveted mountaintop. Does this belong to dreams only? Can we really be able to conquer those imposing peaks, the territory of bold and fierce mountain warriors? Well, there are several 4000-metre peaks that are within easy reach of many people. I’m thinking about some peaks in the Monte Rosa range or the Gran Paradiso, for instance. What about the Dolomites? Marmolada (3,343 m or 10,968 ft) is the highest mountain there and, although it may seem modestly high, you should be aware of the effects of altitude, as they can kick in anytime after 3,000 m.

After an elevation of 3000 metres, in fact, the levels of oxygen, nitrogen and argon are reduced: from this height upwards, every 300 metres you go up, you lose about 3% of the available oxygen in the air. At about 3800 metres, every breath you take takes in about 2/3 of the oxygen it would take at sea level.  This means a lower level of oxygen in your blood. Although a person’s tolerance to hypoxia (lack of oxygen) varies according to differences in innate physiology and physical conditions, nobody is immune.

Research has shown that extremely high altitude (we’re talking Everest and the lot) can kill some brain cells.  Though the Himalayan peaks may not be within your reach, it is interesting to observe how the human brain reacts when exposed at altitudes.

In the late 1890s (yes, 1890s!) the physiologist Angelo Mosso carried out the first direct observations of the effects of high altitude on the human brain and noticed changes in swelling and pulsation: there now exists an Institute at the Passo dei Salati, above Alagna Valsesia, which carries on his research. Similar research, done in more recent times, reached pretty much the same conditions: explorers coming back from the Himalayan ranges notice altered brain cells. Should we worry and stop reaching for such peaks? Well, it s clear that a lack of oxygen interferes with the correct functioning of brain cells and the so-called AMS (Acute mountain sickness) can cause the walls of blood capillaries to leak, however you should bear this in mind: expeditions to the Himalayas are planned well in advance and those carrying them out train very well. They do not reach 6,000 or 7,000 metres with a gondola or lift, but it takes them weeks to walk up to such heights. What’s more, we are dealing with 4,000 metre peaks here.

One key rule to best adapt to altitude is to reach it gradually, if possible.

Though a lift is an easy temptation, going from sea level to 3,500 metres in one go may be too much to bear. If you are planning to spend the night in a hut at 3,500 m, try and go at altitude beforehand. Going up and down in the same day may not be enough: you’ll need to spend more time and, if possible, sleep there to see the effects altitude has on you.

What are, then, these effects? First of all your heartbeat is increased, you’ll experience tiredness, lack of appetite, nausea, headaches, dizziness, extreme lethargy and shortness of breath.

If the symptoms worsen, you should go down immediately (at lest 600 m) and adopt this rule  “climb high, sleep low” which means going up high but then going back down to sleep, if your body feels exhausted.

One extreme consequence of AMS – though a rare one -  is a pulmonary oedema: this happens when there is an accumulation of liquid into the lung alveoli, causing a serious respiratory failure. It goes without saying that you should go down immediately and seek medical advice as soon as possible.

It is vital that you stay hydrated. Drink plenty, even if you don’t feel thirsty: this means 3 or more litres per day. We are talking about water and not coffee or alcohol, as they both increase dehydration. Make sure you eat, as well, of course: favour complex carbohydrates such as pasta or rice, which will keep you felled for a long time, and do not overindulge in fruit and vegetables, as it will take you longer to digest them.

Make sure you sleep well in the weeks prior to your adventure. You are likely not to sleep at all in a hut, so your body needs to be well rested to face your exploit.

Appropriate clothing is key: after 3800 metres, air temperature drops about 3.5 degrees every 300 metres you climb. Cover up and bring layers. Remember to cover your head and hands well and wear appropriate boots.

The intensity of UV rays also increases the higher you go, so make sure you wear an SPF 50+ on your face and hands or any other exposed parts.

People with low iron levels, especially women, should pay particular attention, as the increased work of red blood cells means that the effects of altitude may be stronger.  It is be advisable to take some iron supplements and keep your iron levels monitored.

Children deserve a word of mention: if they are under one year of age, they should not be brought above 1,200 m. After one year, you can reach 2,500 m  - though you should avoid lifts which allow you to reach such heights in one go. Take it gradually and march at a slow pace.

Be relaxed about this new adventure. After all, you are going up high to have fun, not to suffer and despise the experience. So embrace this new opportunity and make the most of it.